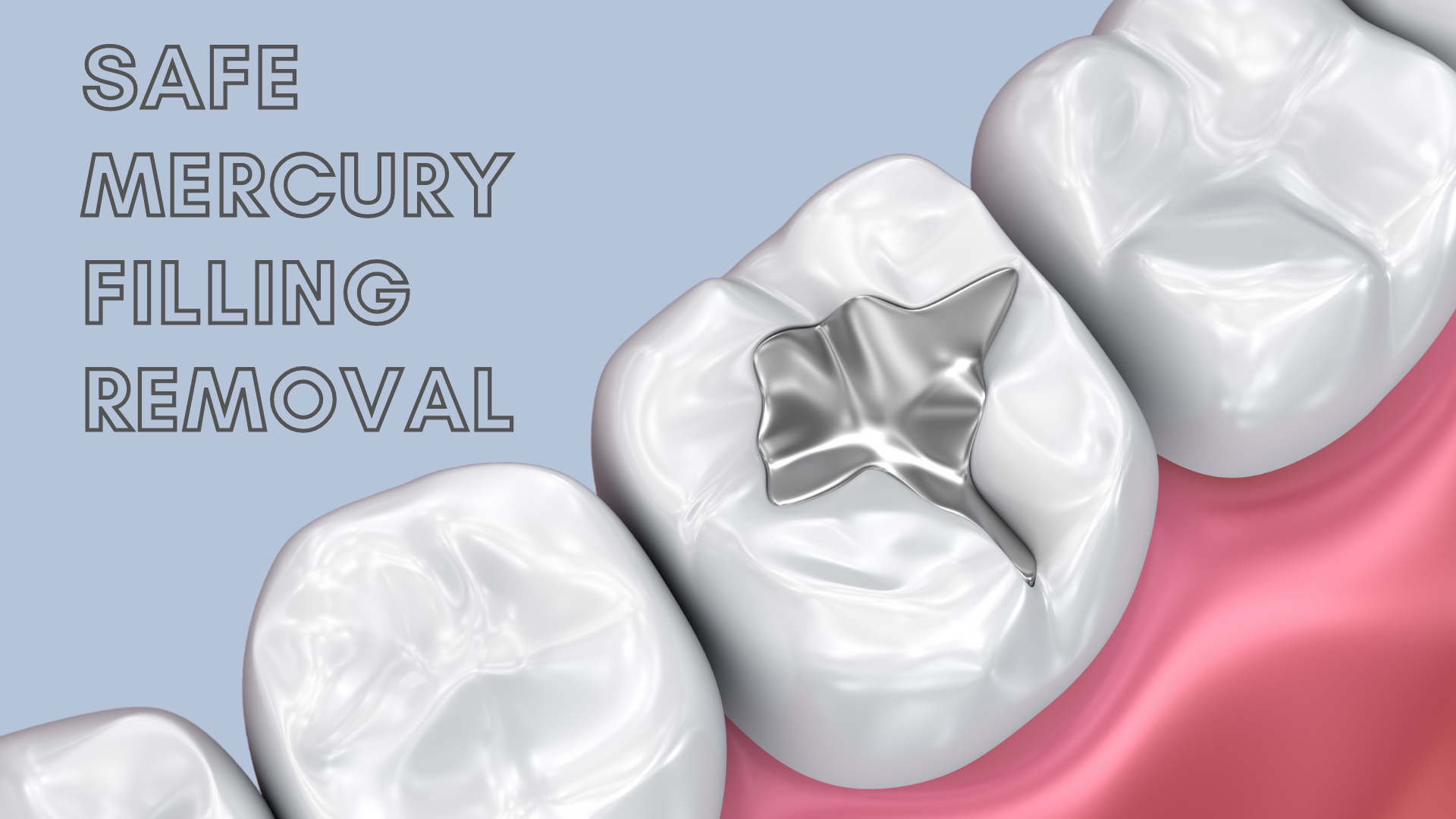 When you were younger, did you have a cavity that needed to be filled? Were you one of the many who received that shiny silver tooth filling? These types of fillings were quite common in the past and are still being used today. These silver-coloured fillings are known as amalgam.

Amalgam fillings were being used due to their low cost, strength, durability and ease of application. But did you know that amalgam fillings contain about 50% mercury? Mercury is a heavy metal and is a neurotoxin. This means that it can destroy nerves and brain tissue.  Mercury from amalgam fillings has been linked to Alzheimer’s disease, Parkinson’s disease, multiple sclerosis, Lou Gehrig’s disease (ALS), infertility, neurological disorders, immunological suppression, autoimmunity, kidney disease, cardiovascular disease, and antibiotic resistance among other diseases.  The World Health Organization has confirmed that no level of mercury is safe for humans.  In many areas of the world, mercury fillings are banned from use in pregnant women and children under the age of sixteen. Surprisingly, some dentists still use mercury fillings, and their use is still being taught in dental schools.

If you have these silver fillings, a small amount of mercury is released into your body each time you chew. Chewing gum is especially a problem. An increase in temperature will also release mercury vapours into your mouth, for example when drinking tea or coffee.  This gradual release of mercury from amalgam fillings accumulates over time in body tissues and organs.

If you choose to have your amalgam fillings removed and replaced with a non-toxic material, it is important to seek the care of a biological or holistic dentist. The process of removing these mercury fillings requires safety protocols for the dentist, dental staff and patients. If the fillings are removed without precautions, you could ingest or inhale a substantial amount of mercury filling particulate and vapour.  Ensure you see an experienced holistic dentist who understands the danger of mercury amalgam fillings and how to safely remove them.

SMART (Safe Mercury Amalgam Removal Technique) is a global health initiative to protect dental patients, employees and the environment from the harmful effects of mercury generated during the removal of amalgam fillings. SMART was developed by the International Academy of Oral Medicine and Toxicology. Utilizing the most up-to-date science and research, the IAOMT has developed extensive safety recommendations for removing existing dental mercury amalgam fillings, including detailed protective measures that are to be utilized for the procedure.

Here at Health First Dental, we understand the dangers of mercury amalgam fillings. We are holistic dentists that are part of the IAOMT and follow many of their protocols and philosophies. If you have a mercury filling that needs to be removed, please contact us to schedule an appointment.