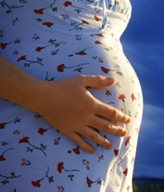 For a long time we’ve known that risk factors such as smoking, alcohol use, and drug use contribute to mothers having babies that are born prematurely at a low birth weight. Pre-term births are more likely to result in serious medical conditions for the child, including intraventricular hemorrhage (bleeding of the brain), cerebral palsy, retardation, or at worst, death. Research has now revealed a new risk factor—periodontal disease. Pregnant women who have periodontal disease may be seven times more likely to have a baby that is born too early and too small. More research is needed to confirm how periodontal disease may affect pregnancy outcomes. It appears that periodontal disease triggers increased levels of biological chemicals called prostaglandins that induce labor. Furthermore, data suggests that women whose periodontal condition worsens during pregnancy have an even higher risk of having a premature baby. All infections are cause for concern among pregnant women because they pose a risk to the health of the baby. It is recommended that women considering pregnancy have a periodontal evaluation. 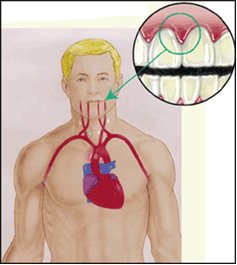 Researchers have found that people with periodontal disease are almost twice as likely to suffer from coronary artery disease as those without periodontal disease. Furthermore, the risk of stroke is 2½ times as high in people with periodontal infections. Several theories exist to explain the link between periodontal disease and heart disease. One theory is that oral bacteria enter the bloodstream through swollen gum tissues and attach to fatty plaques in the coronary arteries (heart blood vessels), contributing to clot formation and thickening of the walls of the blood vessels. Over time this build up can obstruct normal blood flow and restrict the amount of nutrients and oxygen required for the heart to function properly, resulting in a heart attack. Another possibility is that the inflammation caused by periodontal disease increases plaque build up, which contributes to hardening of the arteries. 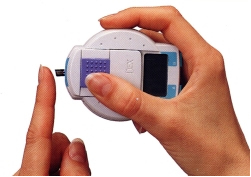