The ADA and CDA Position on Mercury Fillings 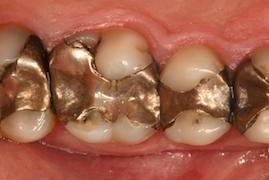 In July of 1984, the ADA officially acknowledged in the Journal of the American Dental Association that mercury is released from amalgam fillings. However, they went on to state that the amount released is so small that it could not cause any health problems except in those individuals who might be hypersensitive or allergic to mercury.1

In April of 1990, the ADA adjusted their position on the safety of dental amalgam by stating, “the strongest and most convincing support we have for the safety of dental amalgam is the fact that each year more than 100 million amalgam fillings are placed in the United States. And since amalgam has been used for more that 150 years, literally billions of amalgam fillings have been successfully used to restore decayed teeth.”2

I hope most people recognize that absence of proof is not proof of absence. Placing a known poison in peoples’ mouths for 150 years does not prove it harmless, particularly when an enormous amount of scientific evidence brings the safety of amalgam fillings into question.