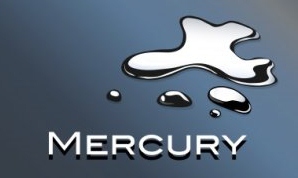 For 180 years dentistry has used silver amalgam, which contains approximately 50% mercury, as a preferred tooth filling material. Medical research has demonstrated that mercury vapour is continuously released from these fillings into mouth air, which is inhaled and absorbed into body tissues. Animal and human studies demonstrate that dental amalgam is the major contributing source of mercury in the body.(1)


Mercury is extremely poisonous to humans and is more toxic than lead and arsenic. The amount of mercury absorbed from amalgam fillings depends on the number and size of fillings(2-6), the amount of friction from chewing (7), elevated temperatures from hot food or drinks, and electrical currents (oral galvanism) created when different metals (i.e. a gold crown and an amalgam filling)are in contact with each other(8,9).

Although the amount of mercury released from amalgam fillings is low, it is the accumulation over time that can contribute to health problems. The half-life of mercury in the body can be over 25 years (18 years in the brain), which means that mercury binds so strongly to body tissues that it takes the body up to 25 years to remove ½ of a single dose.(10) Most proponents of amalgam fillings argue that the amount of mercury released from fillings is so minimal that it is virtually harmless. However, if one considers the analogy of a bucket with a hole in the bottom which lets out water slower than is being added, eventually the bucket will overflow. Similarly, if the body is removing mercury slower than is being absorbed from fillings, it is only a matter of time when pathological symptoms begin to appear as a result of years of mercury accumulation.

The consequences of chronic mercury exposure are rarely immediate. Symptoms can take years to surface, making the correlation between disease and dental mercury extremely difficult. Symptoms can also vary in severity due to an individual’s genetic ability to resist toxicity. Individuals with “high thresholds” for toxicity will experience little or no problems from the mercury in their fillings, while others with “low thresholds” exposed to the exact same levels of mercury may have dramatically different reactions with severe symptoms. But even people who have a seemingly high tolerance to amalgam need to remember there is no safe level of mercury and it is only a matter of time until the accumulation of mercury breaches the body’s ability to maintain health.

It is important to be aware that regardless of the abundance of evidence showing the benefits of removing mercury fillings, the removal of mercury fillings will not necessarily guarantee a change in the health status of everyone. Several elements contribute to disease processes and mercury toxicity is only one contributing factor. Nevertheless, research has shown that many patients who have their amalgam fillings properly replaced with more biocompatible materials report improvements in their health.(11)

As a consumer you have the right to know of the potential dangers amalgam fillings pose to your general health along with the alternative materials available to replace the amalgam in your mouth. Caution should also be exercised when deciding to replace amalgam fillings. If improperly performed, the removal of amalgam fillings can cause more harm than good by exposing the patient to dangerously high levels of mercury. It is important that the dentist is trained to protect you from high concentrations of mercury by following proper safety protocols.(12)


Disclaimer: Most dentists are not of the view that mercury amalgam, fluoride, or root canals are potentially harmful to your health.